*On your first few times firing the blaster, it helps to watch the pusher move the dart into the barrel as you prime it, just to see it align correctly. Try feeding loading/priming the blaster slowly at first to get the feel of it.*

HOW TO CLEAR A JAM:

Every once in a while, darts can get stuck in the barrel, magwell, mag, etc.

*If you feel a jam, stop firing immediately and clear the jam.*

1) Prime the blaster, pull out the mag, and inspect where the jam occurred.

You might see a dart folded in the barrel or stuck in the end of the barrel.

If a dart is stuck in the barrel, you can try to clear the barrel by firing the blaster with the breech closed to shoot out the jammed darts out.

Failing that, finding something long and skinny to push the dart out the barrel works well.

Jams are generally rare if the blaster is being used properly or with darts that aren’t super jank.

All springer blasters (especially those with tighter barrels) prefer darts whose heads are narrower than their foam bodies. I recommend Worker darts, menguns, and a few brands of waffle darts. Just make sure the heads aren’t too large.

If the barrel is especially longer or tighter, short darts work much more reliably than full length darts as well. 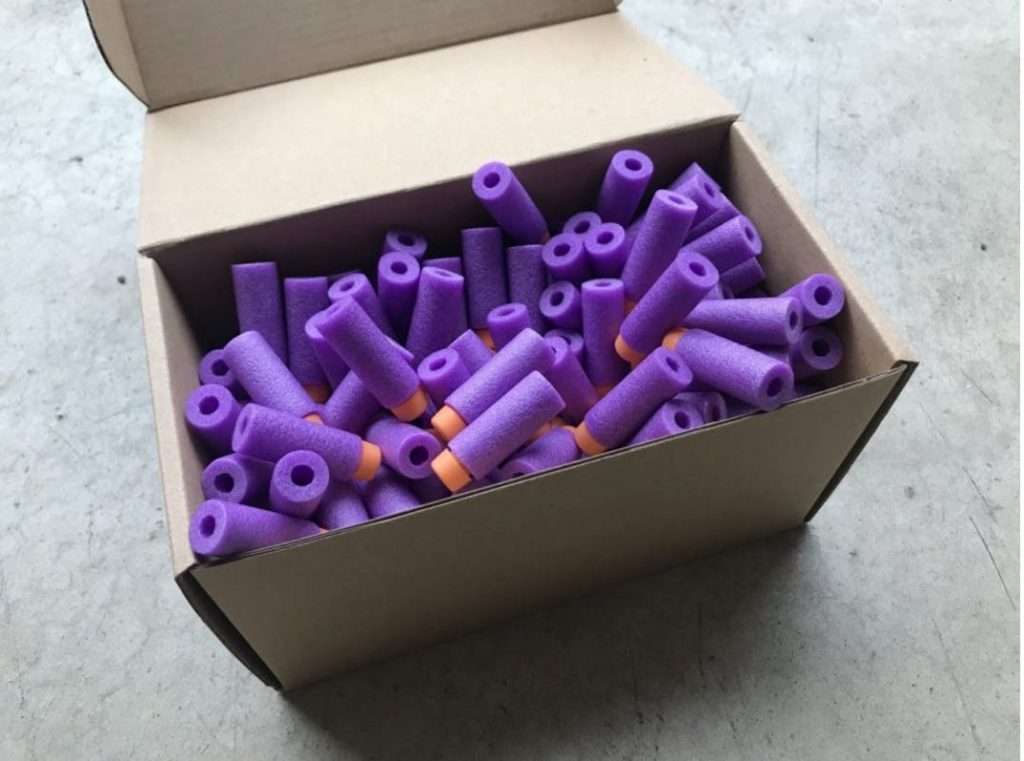 – Do NOT leave your blaster in direct sunlight for an extended period of time. This can melt the plastic. In the trunk of a car, in the shade, or out playing in the field is generally fine. 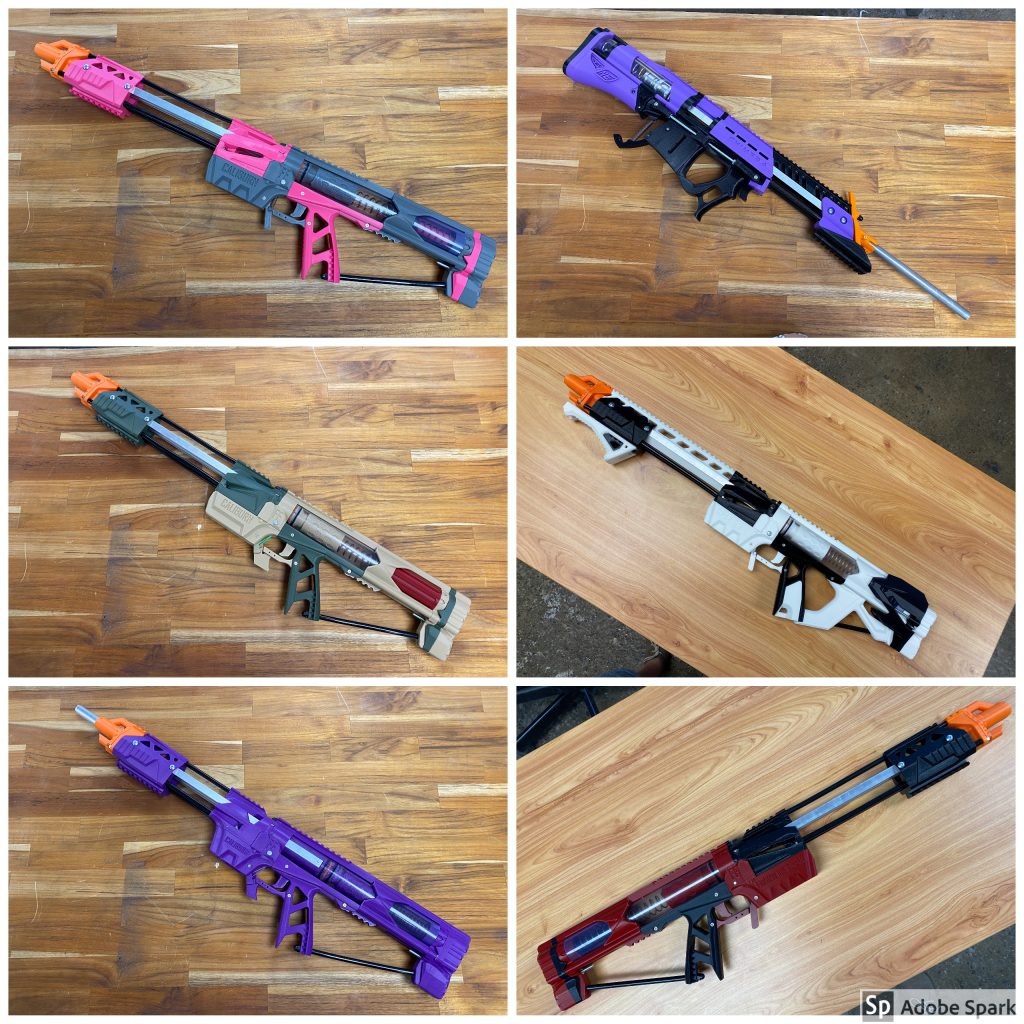